(This article originally appeared in CommPro.biz.)

Amid news coverage about the latest U.S. economic growth and unemployment figures — both, coincidentally, at 4.1% — there’s a story that hasn’t been mentioned. It’s not the potential impact of tariffs and trade wars. It’s not about whether the coal sector should (or can) be revived.

It’s about retail, which contributes $2.6 trillion annually to U.S. GDP, according to the National Retail Federation, approximately 15% of the total economy. That includes retailing companies along with other companies that support the retail industry, such as logistics, including trucking and shipping; warehousing; construction and maintenance; agriculture; manufacturing; technology; and health care.

Unfortunately, the retail sector has an opposite story to tell: Traditional retailers are not only not growing or hiring, many — including Macy’s, Sears, Gymboree, Lord & Taylor, Foot Locker, Gap, Starbucks, Subways, GNC and at least another dozen — have announced plans to close more than 2,500 stores over the next year. Worse, Toys R Us (735 stores), Teavana (365) and Bon-Ton (256), among others, are shutting down completely.

I’ve never been a big shopper but the death of traditional retail — what some are calling “the retailpocalypse” is bad news for marketers for the following reasons: 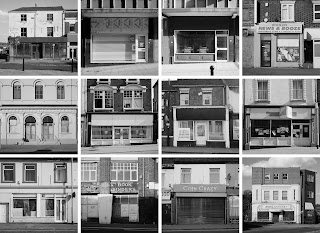 (Burslem’s Queen Street, where a third of the shops are boarded up. Photographer: Lola Paprocka and Pani Paul for Bloomberg Businessweek)

Unfortunately, we’re seeing a potential downward spiral. As more people get laid off from retail jobs, they may spend less so that more stores close. As more stores close, those businesses that support retail — including, for example, toy makers who used to sell exclusively through Toys R Us — may also close. Too many shuttered locations sends a negative message to other potential companies, disrupting the local economy as residents either order online or must drive further and further to buy the things they used to be able to find in town. And local media continues to fade away.

Traditional retailers need to know how to compete to offer what customers want, which includes selection, low cost, ease of returns. It takes more than Wal-Mart dropping “Stores” from its official name to show it’s an e-commerce player. In the U.K., which has the highest rate of online purchasing according to Bloomberg Businessweek, there have been calls from people like the Chancellor of the Exchequer to “find a better way of taxing the digital economy.”

It’s important to note that Amazonification — the dominance by Amazon, which is an often-cited reason for traditional retail’s woes — may not be inevitable. According to the Wall St. Journal’s Christopher Mims “Even Amazon, a Colossus, Has Its Limits,” part of where Amazon is most successful is in driving down prices of commodity items, not in developing premium devices like an iPhone (its success with Alexa notwithstanding).

The bottom line: whether or not marketers operate in the retail sector, they need to be aware of the challenges facing retail. Marketers must look to make suggestions how their clients (whether they work in house or for an outside agency) can function during this period of disruption because some of the issues may also impact other sectors.